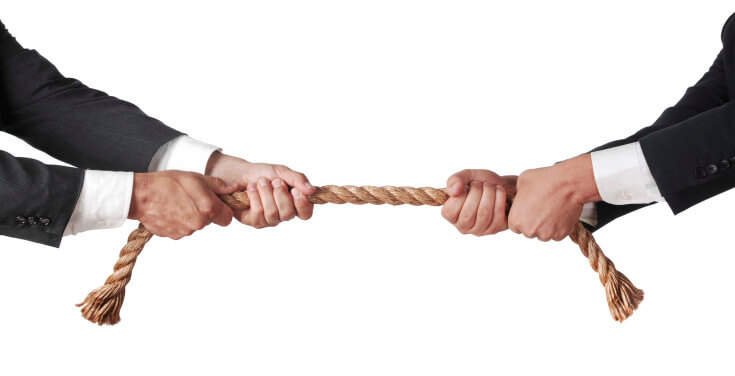 It’s a sad reality that some family disputes never get resolved easily.   Given the inherently volatile  nature of family break-ups – which is often exacerbated by the personality and character of the parties involved – too many relationships and family disputes do not truly end unless and until a judge makes a firm and final pronouncement from behind a judicial bench in a courtroom, usually after an acrimonious, protracted and costly litigation process.

And even then, the bitterness and ill-will between former spouses can linger indefinitely, often affecting the children.

But for many former couples, alternate dispute resolution mechanisms remain a viable and very proactive way to at least explore the resolution of some, if not all, the issues that arise in the context of a relationship’s demise.

In a prior article I wrote about mediation and arbitration, which are the somewhat more informal processes that can lead to family disputes being resolved without court intervention.

Arbitration is the most like the divorce trial process, in that it involves the mutually-agreed appointment of a neutral arbitrator.  Its key attraction is that while it’s still a voluntary process, it is binding on the parties and is therefore one step closer to the court-mandated resolution of a couple’s issues.  It is most often used to resolve a smaller number of contentious issues that still remain, after the parties have achieved consensus on most of their disputed items.

But does it work? Is it really worthwhile as an alternative to court?

I think the answer is a resounding “Yes.”

In Ontario, the decision of a mediator – who is experienced in family law – is called an “award” and is a legally-binding decision.  It is fully enforceable by Ontario courts if one or both of the parties fails to comply.   The award, which must be in writing, also comes after the arbitrator has received each parties’ oral or written evidence, and has considered their respective legal positions, and has taken notes.  The award is also subject to provincial legislative requirements, and can also be set aside in certain narrow circumstances.   Finally, it can only be made if both parties have received independent legal advice prior to participating in the arbitration process.

In short, the binding arbitration process has all the pluses, certainty and formality of the court-resolution process, but – for the right couples who have the right mindset – it can serve as an excellent alternative to the often-more-acrimonious litigation process.

0 Vote(s)
Share1
Tweet
Pin1
Share
2 Shares
The materials contained in this website are intended to provide general information and comment only and should not be relied or construed as legal advice or opinion. While we endeavor to keep the information on this web site as up to date, accurate and complete as reasonably possible, we do not warrant the completeness, timeliness or accuracy of anything contained in this web site. The application and impact of laws can vary widely, based on the specific facts involved. For any particular fact situation, we urge you to consult an experienced lawyer with any specific legal questions you may have. Your use of this website doe not constitute or create a lawyer-client relationship. Should you wish to retain our firm, kindly contact our office to set up a meeting with a lawyer.