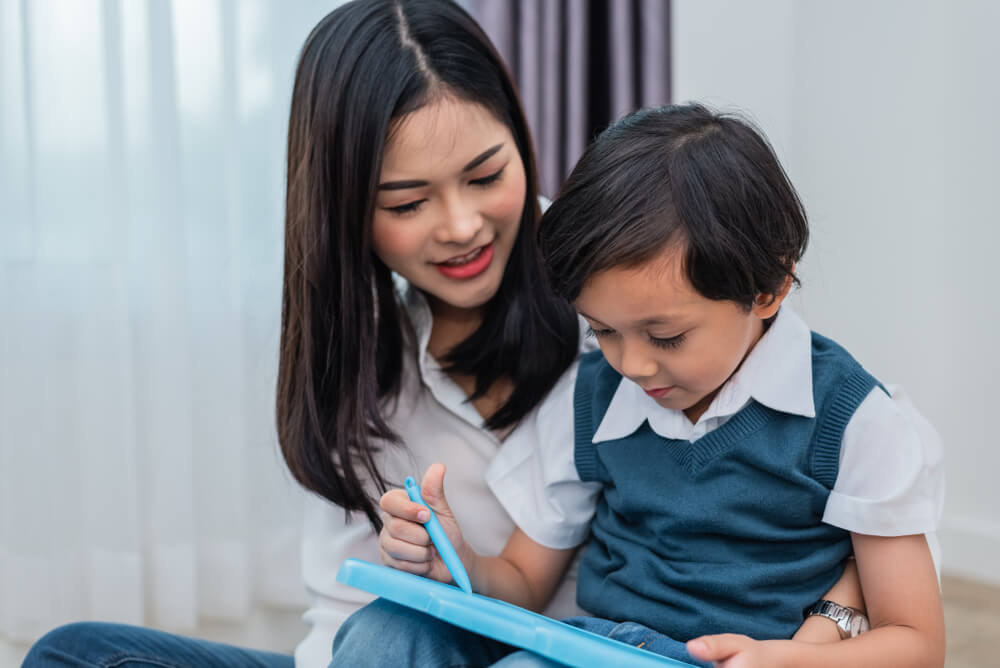 When a marriage between spouses who are parents ends, ideally the focus will be on minimizing that turmoil and upheaval as it affects the child. One of the key issues arising upon separation is how the parents intend to deal with the child’s custody going forward.

When asked point-blank, most parents will agree that despite the demise of the relationship, they still plan to work cooperatively when it comes to making the best decisions about the child and his or her welfare.

When parents can do this successfully, they don’t need to concern themselves with which parent has “custody” of the child. While this may not seem like a big deal, the term has the potential to create a lot of conflict, even though it shouldn’t.

Many parents believe custody relates to the time spent with the child, but under Ontario law, it actually refers to the designation of which parent has the right to make decisions that impact the child’s needs and interests.

Moving Away from “Custody”, and Toward Decision-Making Strengths and Roles

Parents often fight for custody because they want control or to have the “upper hand”. But this mentality is not helpful for the child, or the family unit as a whole. Instead, when possible, parents should divvy up responsivities so that both have active roles in making decisions that will benefit the child.

Needless to say, this requires immense cooperation on the part of the parents. It also requires a level of self-awareness and willingness on the part of each parent to acknowledge and defer to the strengths of the other, for the greater good of the child.

For example, one parent may be inherently better at handling the medical care and requirements of the child, including:

It makes sense for both parents to accept and agree that this parent is better-suited to handling that aspect of the child’s welfare, rather than give the job to the other parent who may be less familiar with the various medical resources and protocols that might benefit the child, and less physically available (because they work longer hours, for example).

This is not to say that this more fluid, less formal approach will always work – or even that it’s feasible to try, unless the separated parents truly have a sufficient level of mutual respect and communication skills, as well as a desire to put the needs of their children first.

Moving Away from “Winners” and “Losers”

Naturally, a practical, cooperative approach is usually the best one from the children’s point of view.  Assuming that the parents can indeed work well together, it can eliminate friction, head off disputes over minor matters, and diminish the “win-at-all-costs” mentality that custody disputes entail.

With all of these benefits, it is not surprising that this cooperative approach is also in-line with a noticeable trend in Canadian court decisions: In the right circumstances, Family courts will avoid making orders that formally grant custody of a child to only one of the separated or divorcing parents, with access rights to the other. They will even avoid using language that refers to these terms, because it is needlessly divisive.

This is not a new trend. Even as long as a decade ago, a New Brunswick court observed[1] that:

There is move in Canadian jurisprudence away from the word custody.  Legislators, academics as well as the judicial community are moving in the direction of more neutral language, so as to diffuse the obvious sensitivities associated with the word “custody” in child custody and access disputes.

This is particularly important in those cases where clearly the focus of the litigation has been on the child.

The court has a responsibility to try, where possible, to minimize the potential for ongoing conflict between the parents, where clearly the child is caught in the middle as in this case.

In other words, if acceding to the request of one party will set the stage for ongoing retaliatory conflict, totally unnecessary, and which can be remedied through the use of other non-inflammatory language, I will choose the latter.

The way this has played out in Ontario from a legal standpoint, is that courts have concluded they are not required in every case to make a firm decision awarding custody to one of the parents. In a decision called Campbell v. Campbell[2] for example, the court noted that the provincial family legislation does not require a trial judge to make an order for custody; the statute is permissive, not mandatory. More to the point, it is not always in a child’s best interests to award either parent with sole decision-making power.  This conclusion piggybacks on the observations of the Ontario Court of Appeal in another decision,[3] with that court writing:

For over twenty years, multi-disciplinary professionals have been urging the courts to move away from the highly charged terminology of “custody” and “access”. These words denote that there are winners and losers when it comes to children. They promote an adversarial approach to parenting and do little to benefit the child. The danger of this “winner/loser syndrome” in child custody battles has long been recognized.

It was therefore open to the trial judge to adopt the “parenting plan” proposed by the assessor without awarding “custody”. It was also in keeping with the well-recognized view that the word “custody” denotes “winner” so consequently the other parent is the “loser” and this syndrome is not in the best interests of the child.

This has resulted in several decisions in which courts have opted to avoid making a traditional custody/access order, focusing instead on allocating parenting responsibilities according to time.

In at least one Alberta ruling[4], the court wondered aloud whether the dropping of the “custody” and “access” language in favour of “parenting time” and other neutral terms actually “means something different” in the day-to-day lives of parents who are managing their children’s welfare.

Apparently, the federal government thinks that it does. It has introduced new legislation[5] to “amend federal family laws related to divorce, separation and parenting.” These amendments – which are part of a long-awaited overhaul of the 1979 Divorce Act – introduce widespread changes that include more neutral wording that avoids the “winner”/ “loser” model of the past. Among other things, it will eradicate the focus on outdated and divisive terms like “custody” and “access” in favour of “parenting time” and “decision-making responsibility”. This updated language shifts the focus to the needs of the child, rather than the ostensible rights of the parents. The amendments are expected to come into force in 2020.

The traditional concept of custody, with its proprietary connotations, is losing ground to a more modern, child-centered approach to looking at how decisions are made about the child in the family context.  This is part of a broader initiative that emphasizes the notion that – whatever the terminology used — parents have broad, significant and entrenched duties and responsibilities towards ensuring the well-being of their child.

If you need help with child custody arrangements, contact us!

[5] Bill C-78, An Act to amend the Divorce Act, the Family Orders and Agreements Enforcement Assistance Act and the Garnishment, Attachment and Pension Diversion Act and to make consequential amendments to another Act.  (First Reading, May 22, 2018).

Share11
Tweet
Pin
Share
11 Shares
The materials contained in this website are intended to provide general information and comment only and should not be relied or construed as legal advice or opinion. While we endeavor to keep the information on this web site as up to date, accurate and complete as reasonably possible, we do not warrant the completeness, timeliness or accuracy of anything contained in this web site. The application and impact of laws can vary widely, based on the specific facts involved. For any particular fact situation, we urge you to consult an experienced lawyer with any specific legal questions you may have. Your use of this website doe not constitute or create a lawyer-client relationship. Should you wish to retain our firm, kindly contact our office to set up a meeting with a lawyer.