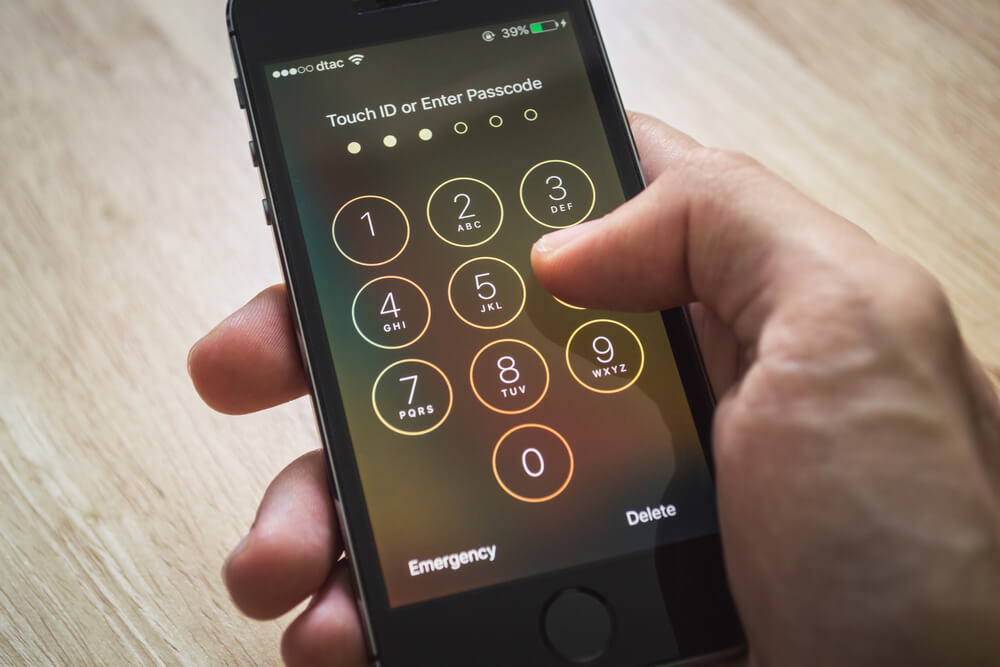 It’s good to ask “why,” especially when you find yourself in unfamiliar situations. But the information you receive will only be useful if you apply it. Sometimes I make suggestions for a client to do something that I feel will help them out in the long run, but at the time, they might feel like the suggestions are pointless or bothersome to do. One of those tasks is changing their passwords after a separation.

It’s true, changing bank PIN numbers, email passwords, Apple IDs, and website and social media passwords can be a small pain, and in this day and age, the average person could easily have dozens of accounts and profiles. Then there’s remembering those new passwords… that can be even more of a challenge. But, these small inconveniences pale in comparison the consequences one could face if they are not proactive.

In this article, I’m going to address some difficult (but avoidable) situations that may arise when one doesn’t change their passwords during a divorce. The scenarios are all real, but names have been changed to maintain confidentiality.

The Apple ID that haunted Dee

Dee was a hardworking female that was in a relationship with a man named John for a number of years. She loved Apple products, and owned a Mac, an iPad, and iPhone. Dee kept everything in sync, and she loved it. When she broke up with John, Dee gave him the iPad and figured it wasn’t worth an argument. She would just buy another one and be done with it. A couple of months later, she was finding that in conversations with John, he would make comments that gave her the impression that he knew a lot more about her life then he should have. It got to a point that she began to question her closest circle of friends and family, and it started to damage relationships she was in. John also seemed to know where she was because he would show up at odd times and “bump into her,” and people she was dating.

Things got bad when her employer received an email from her, which included comments that put her job in jeopardy. Dee swore that she had nothing to do with it, but it clearly came from her address. It was finally discovered that Dee never signed off of her Apple ID on the iPad, and she had not changed her password. As such, John could see all of her email, track her devices through apps, and even communicate as if he were her via text message or email. In a world of seamless connectivity, it is critical that passwords are changed early post separation.

The Android shared too much about Lloyd

Lloyd was a case worker and handled very sensitive issues. He was expected to maintain a very high level of discretion and confidentiality in his work, and it was well known that any breach could not only cost him his job but could potentially lead to legal action against him. When he was married, Lloyd often purchased apps from the Play Store under his Google account for different members of his family, and they could all share them on their phones because his account was set up on each phone. During the course of the divorce, Lloyd’s ex began to notice that her phone’s gallery contained photos of Lloyd’s work assignments. She said nothing, but noted confidential details from them. Eventually, she began to see photos on her phone of things he had purchased, and she finally confronted him when she started receiving photos of his new love interests. Lloyd was shocked and confused about these claims because he had never sent her any photos. In time, it was learned that a program called Picasa had been added to all of their phones during a software update, and without the knowledge of any of the parties, it had been synchronizing photos on their devices ever since. As they had shared his account, they all received access to much more than they should have.

Selena and Hector held a shared account for payments during their marriage. Both of them contributed on and off to make it work. When they separated, Hector stopped putting money into the account, and Selena continued to use the account to pay household bills. One day, Selena received a notice that a large bill had failed to be paid and upon checking the account, she found it had been drained of funds. In a panic, she contacted the bank and learned that because Hector was still associated with the account, and had used a valid PIN to remove the funds, there was nothing they could do for her.

Trust is the foundation for any good relationship, but when a relationship stops being good, trust can be detrimental. We all like to think that our former friends, lovers and spouses will always do the right thing, or consider our situations or feelings, but in a separation or divorce, emotions are involved and parties are not always at their best. Changing passwords may seem frivolous and time consuming, but this simple act can save you and those you love from embarrassment, financial losses, fraud, and a number of other hardships.

3 Vote(s)
Share24
Tweet
Pin
Share
24 Shares
The materials contained in this website are intended to provide general information and comment only and should not be relied or construed as legal advice or opinion. While we endeavor to keep the information on this web site as up to date, accurate and complete as reasonably possible, we do not warrant the completeness, timeliness or accuracy of anything contained in this web site. The application and impact of laws can vary widely, based on the specific facts involved. For any particular fact situation, we urge you to consult an experienced lawyer with any specific legal questions you may have. Your use of this website doe not constitute or create a lawyer-client relationship. Should you wish to retain our firm, kindly contact our office to set up a meeting with a lawyer.