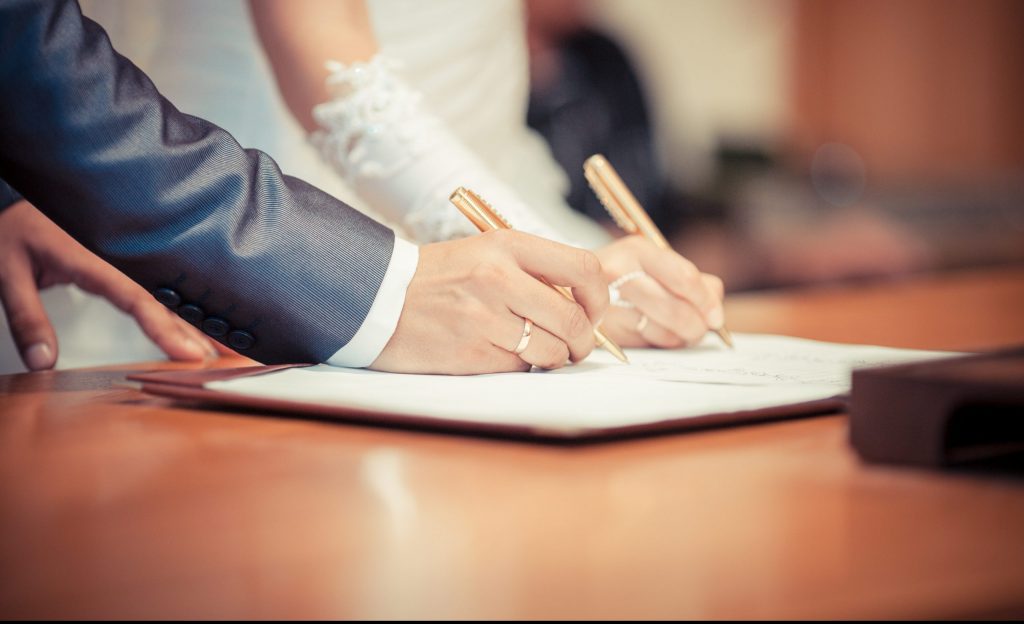 In Ontario a marriage contract is commonly referred to as a “prenuptial agreement” (or “prenup”). It can be prepared either for two people who are married to one another or intend to marry one another.

Before entering into a marriage contract, couples need to fully understand their rights and obligations as if no contract existed. Couples need to understand each other’s asset bases, their rights, and what they are required to give up.  Full financial disclosure is a crucial element in the preparation of any marriage contract. Financial information should be be provided and sought in order to protect a contract’s enforceability from attack in the future.

Marriage contracts can have a negative connotation because of how they appear in movies, television shows or in celebrity cases.  Some people believe that a “prenup”is intented to bar a spouse from receiving monies that may be rightfully theirs.  However, marriage contracts are positive tools that assist people in creating predictability and setting expectations.

A marriage contract is a domestic contract by virtue of section 51 of the Family Law Act (“FLA”).   Domestic contracts can be filed with a court. This allows their support provisions to be enforced, varied, or set aside.

Section 52(1) of the FLA provides that two persons who are married to one another, or intend to marry one another, may enter into an agreement. This is in which they agree on their respective rights and obligations under the marriage. It could also be on their separation, the annulment or dissolution of the marriage, or on death.  Rights and obligations could include:

In Hartshorne v Hartshorne, the Supreme Court of Canada explained that a marriage contract defines the parties’ expectations from the outset. Usually, this is before any rights are vested and before any entitlement arises.  A desire to protect pre-acquired assets or an anticipated inheritance for children of a previous marriage is the motivation.  There’s no “hard and fast” rule regarding the deference to be afforded to a marriage contract; as compared to a separation agreement.  In some cases, a marriage contract can afford greater deference than a separation agreement, while in other cases, vice versa.  The reason for this is that a marriage contract is anticipatory. It may not take into account the financial means or other circumstances of the couple at the time of marriage breakdown.

Setting Aside a Marriage Contract

In LeVan v Levan the Court of Appeal for Ontario held that there are two parts to setting aside an agreement and the onus of proof rests with the moving party. In Laderoute v Heffernan the Honourable Justice Summers explained that a finding that a party violated a provision of section 56(4) of the FLA does not automatically render a contract a nullity.  Rather, the finding engages the section and allows the court to move onto the second step that is a discretionary exercise based on the circumstances of each case.

In LeVan, the trial judge determined that it was appropriate to set aside the marriage contract. Not only because of the failure to provide disclosure, but also because of other factors relevant to section 56(4) of the FLA. For instance, the wife’s failure to understand the nature and consequences of the contract in accordance with subsection 56(4)(b) of the FLA, which sets out the test for setting aside a domestic contract. Specifically, subsection 56(4)(b) of the FLA provides that a court may, on application, set aside a domestic contract (or a provision thereof):

(a) if a party failed to disclose to the other significant assets, or significant debts or other liabilities, existing when the domestic contract was made;

(b) if a party did not understand the nature or consequences of the domestic contract; or

(c) otherwise in accordance with the law of contract.