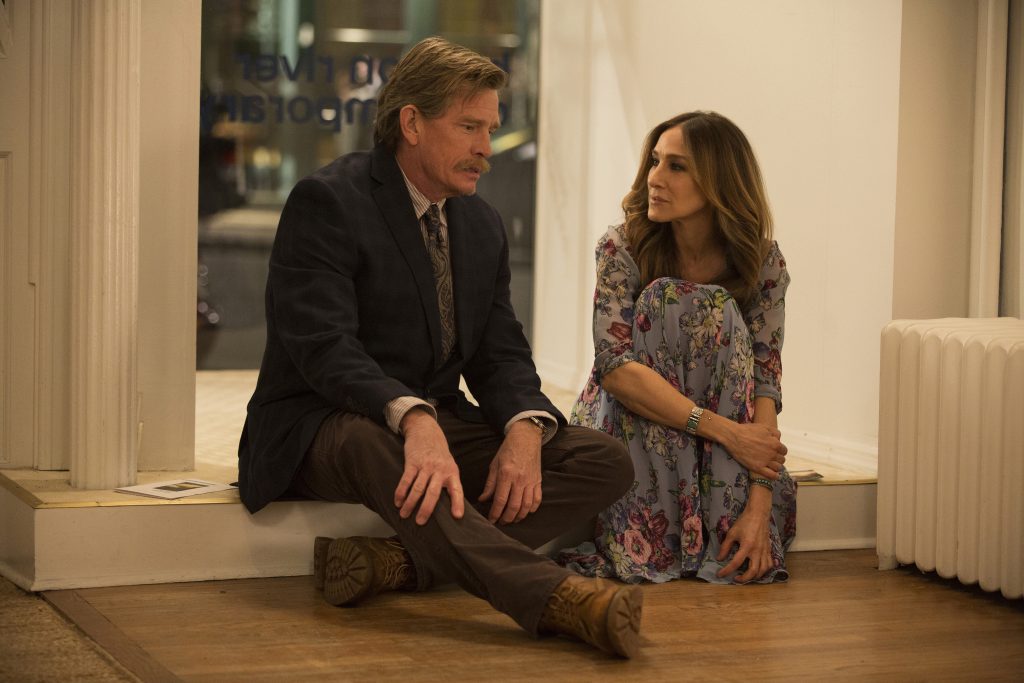 Why Seeing More Divorce On TV Is A Good Thing

I’ve recently become aware of HBO’s next big tv series. Known for its daring and very popular shows, HBO’s newest addition is almost guaranteed to be laden with drama, suspense and controversy. But I think viewers will also find it more relatable than the highly addictive Game Of Thrones or politically savvy Veep.

Premiering October 9, Divorce, staring Sarah Jessica Parker, is about a woman who realizes it is time for her to makes some significant life changes. After more than a decade of marriage and two children, she and her husband must navigate through one of the most difficult times of their lives, and find a way to separate without destroying the family, and themselves.

In an interview, Parker makes it clear that this will not be a continuation of Sex and the City. Instead, it invites viewers to explore and reflect on the modern landscape of relationships and divorce.

A series of this kind has a lot to offer, even if it is a fictional show. That’s because pop culture, which manifests itself in fashion, language, and media among other things, plays a big role in shaping and reshaping societal norms and expectations. So, something like divorce, which was and sometimes still is a taboo topic, can be integrated into society using an accessible comedic television series, making it more visible, less difficult to talk about, and easier to accept as normal. Of course not all of Divorce‘s messages will be helpful, but it’s a good start.

Divorce is still largely associated with negative connotations; the division of a family, the failure of a marriage, the inability to “make things work.” But divorce can be the beginning of a positive life change, too. It provides individuals with an opportunity to begin a new chapter, find clarity, build their confidence and independence, and perhaps even fall in love again. If done correctly, the new HBO series will shine a light on some of these positive aspects, and help encourage honest, thoughtful conversations about divorce, good and bad. After all, it isn’t all that uncommon anymore.

According to Statistics Canada, the proportion of married couples has been steadily decreasing over the last 20 years. In 2008, there were over 70,000 divorces granted in Canada, a decline of 4 per cent from the year before. Nevertheless, it is estimated that 41 per cent of marriages will end in divorce before the 30th year of marriage. Divorce may be able to help this large heterogeneous group of people to identify collectively and feel less alone.

Pop culture “serves an inclusionary role in society as it unites the masses on ideals of acceptable forms of behavior[u]r,” wrote Tim Delaney in Philosophy Now. “Further, popular culture, unlike folk or high culture, provides individuals with a chance to change the prevailing sentiments and norms of behavior[u]r, as we shall see. So popular culture appeals to people because it provides opportunities for both individual happiness and communal bonding.”

Only time (and ratings) will tell if Divorce resonates with viewers, but I think there will be some truths about relationships and divorce between the jokes that we can all benefit from.

0 Vote(s)
Share16
Tweet
Pin
Share
16 Shares
The materials contained in this website are intended to provide general information and comment only and should not be relied or construed as legal advice or opinion. While we endeavor to keep the information on this web site as up to date, accurate and complete as reasonably possible, we do not warrant the completeness, timeliness or accuracy of anything contained in this web site. The application and impact of laws can vary widely, based on the specific facts involved. For any particular fact situation, we urge you to consult an experienced lawyer with any specific legal questions you may have. Your use of this website doe not constitute or create a lawyer-client relationship. Should you wish to retain our firm, kindly contact our office to set up a meeting with a lawyer.