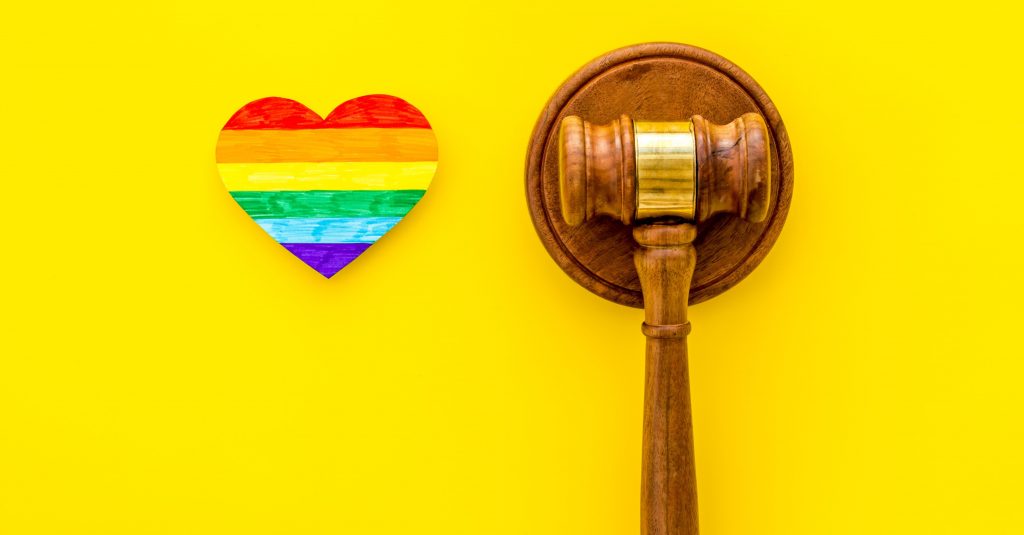 LGBTQ+ Divorce: Is There a Difference?﻿

As Canadians, we can be rightly proud to acknowledge that both the federal and provincial Family Law legislation in this country is very LGBTQ+-friendly.[1]   The laws of both marriage and divorce fully encompass and accommodate for unions involving members of the LGBTQ+ community.

Here is the background on our current system, and some of its essential features:

The Laws Around Same-Sex Marriage

As long ago as 1999, eligible same-sex couples in Ontario have been entitled to apply for spousal support from each other, under the provisions of the provincial Family Law Act.  Since formal marriage between such couples was not yet recognized in law at that time, members of same-sex couples were essentially on-par with common-law partners, and had to meet certain tests before being able to claim support from one another.

Then, in 2005 the Canadian federal Civil Marriages Act[2] was amended to specifically recognize the right of same-sex couples to legally marry.  This initiative was reflected in the Preamble of that statute which states: “the courts in a majority of the provinces and in one territory have recognized that the right to equality without discrimination requires that couples of the same sex and couples of the opposite sex have equal access to marriage for civil purposes.”  That federal amendment was preceded by legislative changes made by provinces and territories in the years immediately prior, to allow same-sex couples to apply for marriage licenses.

From that point on, same-sex partners in Canada have been free to marry each other in exactly the same manner that was previously been reserved for heterosexual couples only.  By extension, the law now fully enables and embraces marital unions between diverse members of the LGTBQ+ community.

Not surprisingly, the broader definition of “spouse” that makes LGTBQ+ marriage possible has been extended to the divorce laws as well.

In the federal Divorce Act, the definition of “spouse”[3] expressly extends to both heterosexual and same-sex couples who are married to each other.  Likewise in Ontario, the definition of “spouse” as found in the Family Law Act provisions relating to financially untangling a relationship, specifically includes “either of two persons who are married to each other,” regardless of whether they are heterosexual or same-sex.[4]

Given these definitions, the legislation recognizes same-sex and other LGTBQ+ unions as being equivalent to more traditional forms of partnership; this includes the rights and obligations that arise if the relationship breaks down.  For example, upon divorce LGTBQ+ spouses may apply for spousal support from each other, and are entitled to have their property and assets divided in accordance with the rules set out by the federal Divorce Act, and the provincial Family Law Act.  These same laws will govern child custody and access, and child support for any children that spouses may have together.

Under the framework outlined above, Canadian marriage and divorce for LGTBQ+ couples is relatively straightforward, since it is no different than for any other more traditional marital partnership.

But with that said, not all jurisdictions have this mindset:  some countries still do not legally embrace LGTBQ+ partnerships at all.

This can pose problems for LGTBQ+ spouses who married in Canada, but who are now living in a non-Canadian jurisdiction that does not recognize the legal validity of their union in the first place.  (In such scenarios it is especially important to seek the tailored advice of an experienced Family Law lawyer who is well-versed in this area.)

Conversely, up until mid-2013 there was a legal hurdle faced by LGTBQ+ couples from other countries who came to Canada to get married, but who then wanted to return here to get divorced when the relationship unravelled.  At that point, the Canadian law imposed a 1-year residency requirement for all divorces, meaning that at least one spouse had to be ordinarily resident in Canada for a full year before being eligible to apply for a divorce in this country. As it pertained to divorcing non-resident LGTBQ+ spouses, the law was amended in August of 2013 to allow them to obtain a divorce from a court in the same province where their marriage was performed, if they prohibited from getting a divorce in their home countries.

Especially as we celebrate LGBTQ Pride Month, which honours the rights of members of the LGTBQ+ community around the world, in Canada we have cause for extra celebration:  the marriage and divorce laws of this country do not draw distinctions between couples of any orientation.  As far as its policies around Family Law go, this places the Canadian legal system in a laudable – and rightly proud – position on the world stage.

[1] LGTBQ+ is the commonly-accepted acronym that refers to sexual orientation, and stands for “Lesbian, Gay, Transgender, Bisexual and Queer”.