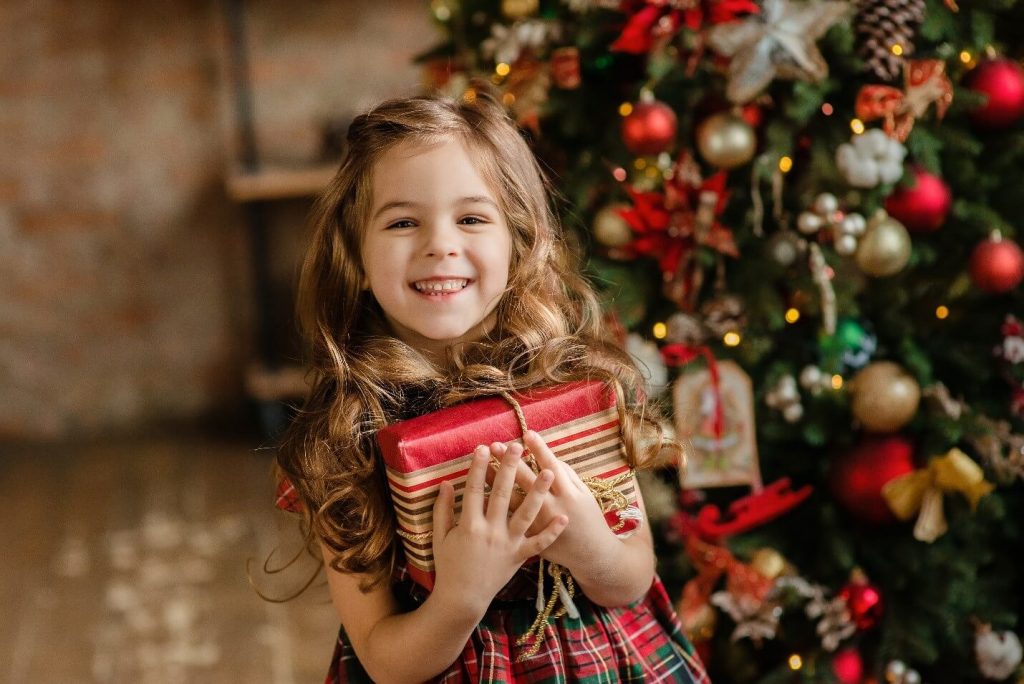 As the holiday season approaches, separated and divorced parents may anticipate its arrival – not so much with the usual happy anticipation – but rather with concern and uncertainty.

That’s because the holidays often spark the most tension, and outright acrimony, between parents, despite their concerted effort to try to make this time of year festive and joyful for their child.

The main point of contention is usually around scheduling access – the key question being where, and with which parent, the child will spend all or most of his or her time during the holidays.

If the parents have formally separated or are already divorced, there will be a separation agreement or Divorce Order in place, which incorporates the settled (or court-mandated) arrangements that are in place for who has custody of the child, and when. Often, such orders or agreements will feature great specificity around the exact days and times that the children are to spend with each parent, and they may also address the issue of where and how the “handover” between parents at specified points must occur.

But sometimes parents are unclear on the settled schedule, disagree about the arrangements, or have not yet come to an agreement about what is best for the children.  Or, one of them may feel that the prior arrangements have become unsuitable, due to changes in the child’s needs or in the broader family situation.  In such cases, the parents may call upon the Family Court to make a ruling on holiday access to the child.

The ruling in a case called Ratti v. Ratti[1] illustrates the detail and precision with which the Family Court will make such determinations. (And for those couples contemplating a separation, it provides a court-issued “template” for some of the different ways that Christmas access might be structured, and can serve as a good starting-point for parents hoping to negotiate and resolve this issue on their own).

After separating, the parents in Ratti v. Ratti had initially agreed on how to share custody of their then-6-year-old child during Christmas 2013, but were unable to agree to how future Christmas holidays were to be handled thereafter. In a nutshell, the parents were “battling it out” over which of them was entitled to have the child with them during the days leading up to, and on Christmas day.  Essentially, both parents wanted to have the child with them.

Although each parent had come up with a suggested plan for a compromise solution, the court quickly concluded that neither would be workable and would not fully resolve the conflict between them.  This left the court with the task of settling the dispute by way of an order.

To do so, the court first took a step back to outline the options, and described the manner in which these types of custody disputes are typically resolved.

The parties could, if living in the same city, divide up the Christmas school holidays in any fashion that they can agree upon. It appears that both the mother and father in the matter before me believe that the important days are Christmas Eve, Christmas Day and Boxing Day.

The court noted that since these two parents were never going to be able to agree, it was “likely that applications will be made [by them] to the court each and every November to establish Christmas parenting times.” The court decided to alleviate the current and potential future conflict – and needless visits to court – by making an order to cover Christmas 2014 and beyond, that specified which days were considered part of the “Christmas holiday period”, and by imposing a set schedule that alternates from year to year.

For separated and divorcing parents, this should serve to encourage them – if at all possible – to strike a true compromise on how and where a child will spend time during the holidays.

Otherwise, the only remaining recourse may be going to court for a last-minute order that not only results in two unhappy parents, but also adds unnecessary stress to what is already a hectic time of year.

Child’s Age as a Factor

In the Ratti v. Ratti case, the child was 6 years old.  But as a second decision illustrates, the age of the child may be an important factor in determining what’s best for a child during the holidays.  When trying to arrange a holiday schedule, separating and divorcing parents should keep this in mind because – should it be necessary to go to court – a judge certainly will.

In Walker v. Ginn,[2] the separated parents couldn’t agree on which of the two usual solutions parents put forward for dealing with the holidays:  The father wanted them to split up the child’s time each Christmas season, while the mother wanted them to alternate from year-to-year.  The mother complained that since the child was young, splitting up the time over a single holiday period would be too disruptive.  And since both parents had formed new relationships which involved additional family members and children, the mother also wanted to make sure those existing celebrations would not be hampered by having the child split time at both family festivities.

The court dismissed the mother’s concerns.  The child was only 2.5 years old; at this stage of development, and with the child’s relatively short memory span, sharing part of major holidays with each parent would provide more meaningful experiences. And while this might impact some of the extended family’s holiday celebrations and travel plans, there were many other opportunities to gather during the season.

The lesson to be learned from this case is obvious:  When setting holiday schedules, parents must keep in mind a child’s age, and what he or she will enjoy and remember as a result of the arrangement.  This concern should always take precedence over what is “fair,” or what each parent’s notional legal rights to access time may be.

Especially for young children, an ambitious, overly-hectic schedule that involves a lot of back-and-forth between households will be overwhelming, and may strip all the fun and joy out of the holiday season.

Family Traditions as a Consideration

A case called Spurgeon v. Spurgeon[3] illustrates the notion that family traditions should also be part of the equation when deciding on holiday schedules for children of divorced and separated parents.

In that case, the parents were at odds over how the child’s time over Christmas would be split, with the mother wanting the child to be with only her every year from Christmas Eve to Christmas Day.  The court explained the mother’s justification for this, while also pointing out some weaknesses in her stated position:

Mr. Spurgeon’s evidence and that of their daughter, K, was that he was always part of the family Christmas and in fact did the cooking. He testified that he has not practiced as a Jehovah’s Witness since he was a teenager.

After considering the child’s potential exposure to cousins and other extended family members, as well as the traditions and Christmas dinner plans, the court found that both Christmas Eve and Christmas Day “are important for each parent to share with [the child], in [the child’s] best interests.  The court held that Christmas Eve was to be shared, with the timing to alternate each year.

Separated and divorced parents should try to be sensitive to each other’s family traditions, and if possible should reach a compromise solution that accommodate extended-family plans as well.

Not only does this reduce conflict, but it ensures that the child gets the best of both worlds when it comes to enjoying family time and customary festivities.

Finally, for separated and divorced parents, the question of how any newly-formed relationships figure into the equation should be considered.

For example, in Bradley v. Josey,[4] the parents of a 6-year-old girl had split up, and the father had gone on to form a new relationship with another woman who already had a 5-year-old daughter from a previous union.

Although the girl’s parents had initially agreed to a parenting schedule, the father – who was self-employed and had flexibility – wanted to spend more time with her and make major decisions in her life.   He also asked the court to vary the prior schedule because he and his new girlfriend were establishing a family together, and wanted the daughter to be a part of it.

The mother, on the other hand, claimed that the father’s new relationship was irrelevant, and that his desire to change the Christmas schedule was merely one in a series of attempts to isolate the child from the mother and from her extended family.

In making its ruling, the court first concluded that – rather than being an attempt to alienate the mother – the father’s desire to change was to allow his schedule “coincide with [his new girlfriend’s] schedule so that both parents will have their children together as they celebrate Christmas Eve and Christmas Day.”

As the court observed:

[The father] wants to be in a position similar to that of [his new girlfriend], arguing that, as [the mother] has custody of her child on Christmas and Christmas Day, he should have [the daughter] at the same time. It may be of convenience to him but it does not advance the best interests of the child. As a result, I am unwilling to make a change in the Christmas Eve and Christmas Day schedule.

For a parent who has left one marriage or relationship and has gone on to form another, holidays can take on a heightened importance.   Particularly when the new partner also has children, holidays are often viewed as an opportunity to “consolidate” a new family unit and give children a chance to “blend” into a new dynamic.

However, this is the wrong approach for several reasons.  For one thing, it puts unneeded pressure on the child and everyone else involved.   More importantly, it focuses on what the parents / new partners want, rather than on what is good for the child.

In short:  Any decision on what is the best arrangement for holiday access should be made from the child’s point of view, rather than that of the parents.

As these cases illustrate, for separated or divorced parents the task of agreeing on and scheduling access to a child during the holidays can be fraught with challenges, and ripe for conflict.  This is often heightened by the desire to make the holidays “magical”, particularly on behalf of a very young child who may be struggling to understand the changes in the family structure and routine that the separation or divorce has brought on.

The best solution always begins with parents having as co-operative a mindset as possible, and one that is keenly focused on the best interests of the child.

“Tis the season for goodwill, after all.

Are you worried about where your child will spend the holidays? We can help. Contact us to speak with one of our lawyers, free of charge.

7 Vote(s)
Share3
Tweet
Pin
Share
3 Shares
The materials contained in this website are intended to provide general information and comment only and should not be relied or construed as legal advice or opinion. While we endeavor to keep the information on this web site as up to date, accurate and complete as reasonably possible, we do not warrant the completeness, timeliness or accuracy of anything contained in this web site. The application and impact of laws can vary widely, based on the specific facts involved. For any particular fact situation, we urge you to consult an experienced lawyer with any specific legal questions you may have. Your use of this website doe not constitute or create a lawyer-client relationship. Should you wish to retain our firm, kindly contact our office to set up a meeting with a lawyer.