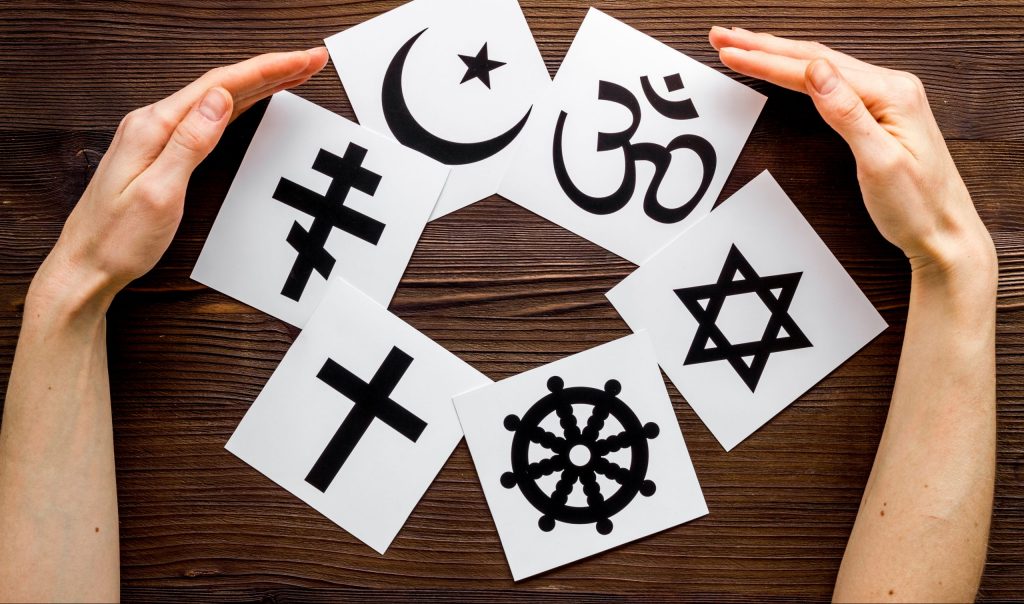 For parents who are separated or divorced and are co-parenting together, there are many day-to-day issues that must be sorted out: including religion.  This requires a good deal of communication, cooperation, and compromise.

But some topics do not lend themselves well to a give-and-take; rather they call for more of a firm “either/or” decision, or involve a single chosen path.

Religion tends to be one of those areas.  Parents can come from different faiths – or merely have different levels of observance in the same one. Occasionally, this can raise an intense and often-emotional conflict which can affect many areas of the child’s daily life.

The topic of a child’s religious instruction (or conversely, the desire to avoid religious indoctrination) is one of the most common areas of dispute. Even between parents who can normally operate well under a co-parenting arrangement.

In a recent decision[1] the separated parents had joint custody of their three young children, who they had agreed would live primarily with the mother.  Although the parents were both Christian, the father held fundamentalist beliefs. These included extreme views on issues such as abortion, homosexuality, the role of women, and the Holocaust.  He often chose to use his parenting time with the children to teach them about the writings of the bible. He interpreted these very literally.

When this caused friction between him and the mother, the father applied to the court for the right to make all the decisions in this area.

The court refused.  While the father certainly had the right to practice the religion of his choice, the court’s only concern was the children’s best interests. The father’s uncompromising and fundamentalist religious views incorporated anti-social and hateful teachings, which could be harmful to the children’s ability to get along with others in society, and would only confuse them at their current stage of development.  In fact, the court stated it was “concerned for the physical, psychological and emotional safety, security and well-being of the children” were the father to be allowed participation in their religious and spiritual upbringing; it granted the mother sole decision-making authority on the topic.

Even when the parents are more closely aligned in their religious beliefs, sharp conflict can still arise over the form that the child’s religious education is to take.

In another recent case called Ben-Shlomo v. Zaretsky[2] the separated parents, who were both Jewish, were unable to agree on the kindergarten that their 4-year old son was attend in the Fall of 2020. The mother wanted him to attend a private Hebrew School. The father wanted him to return to a secular Nursery School/Kindergarten-with smaller class sizes and lower tuition. He had attended for a few months before the COVID-19 pandemic.  The father felt the boy’s religious education could take place for 2.5 hours each Sunday, with formal classes arranged separately.

The court opted to have the boy enroll in the religious Hebrew school, initially for half-days.

The court agreed that the boy needed stability in his life, especially in light of his parents’ separation. They also agreed he was likely too young to remember much about his former Nursery school. He had only attended for a few months.

The court also focused on the fact that under the father’s proposed plan, the supplementary Jewish programming, would require an extra cost. This would off-set the lower tuition at the father’s proposed secular Nursery school.  More importantly, it required the boy take up part of his weekend to obtain religious education. The time in his religious education could limit or interfere with his time with family, friends, and each of the parents.

The court concluded that it was in the boy’s best interest to combine academic education, religious instruction, and Hebrew studies during the week. It was noted that “parenting time is precious” for many separated couples with young children.

Things can become even more contentious when the separated parents are of different faiths. The crux of their dispute lying in aspects of day-to-day observance. A case from a few years ago called Seed v. Desai[3] illustrates this.  The parents of two pre-teen daughters had not yet settled on custody, so the day-to-day decision-making still had to be worked out cooperatively.  The court explained the nature of one of their most current points of dispute in this fashion:

The parents have different religious faiths.  The mother is Catholic.  The father is Muslim.  The parents agreed to baptize the children in the Catholic faith.  They also agreed the children would attend Catholic schools.  Despite these agreements, disagreements have arisen. The father has asked the mother not to serve pork to the children.  She regards this as undue interference in her household.  She has fed them pork but says the girls refuse it now in any event.

Now, the father has the children join him when he is observing religious days by fasting.  He explains they want to share in his observance with him.  The mother describes this in an email to the father as him “withholding food and water” from the children.

Faced with this kind of parental impasse, the court remained mindful that it had to keep the children’s best interests uppermost in its deliberations.  Even though the parents’ dispute had lost momentum with the children’s independent refusal to eat pork, the court ruled  that the father’s desire to participating in his religion’s daytime fasting during Eid – which he was free to do while the children were with him – did not put the children in danger, and involved no element of coercion on his part. Also, the court noted the mother could have easily respected his wish to not serve the children pork while still providing them with a balanced diet.

Even where the parents are on-side about the essentials of their children’s religious upbringing and education, there is still a lot of room for disagreement.  For example, the extent of a child’s participation in holiday rituals is a common area of dispute between separated parents.  As the court stated in a case called Rosenberg v. Minster:[4]

Religious holidays are the quintessential markers of faith. They are the gatherings, the foundations of familiar affinity – the milestones of a life lived in accordance with one’s faith. They maintain traditional practices while nurturing adaptive and evolving religious expressions. To exclude a parent from sharing religious holidays with his or her child, irrespective of the child’s age, is to tear away at the very fabric of a parent-child bond.

Wherever possible, courts will generally try to facilitate having a child participate in all meaningful religious holidays on both sides, and will try to tailor the child’s schedule over the holiday period to allow for this – subject as always to the overriding factor of what is in the child’s best interests.

The issue of a child’s religious upbringing and education can be very sensitive; many separated and divorced parents have very deeply-held convictions on the topic. Especially for parents with diametrically-opposed religious views, the type, format, and level of religious training and observance for their child can be a highly-personal and fractious area of dispute.

If you are in the position where you and your former partner cannot agree on the religious instruction of your children, we can help with sorting out the legal issues.  Feel free to give the Shulman Law Firm a call.