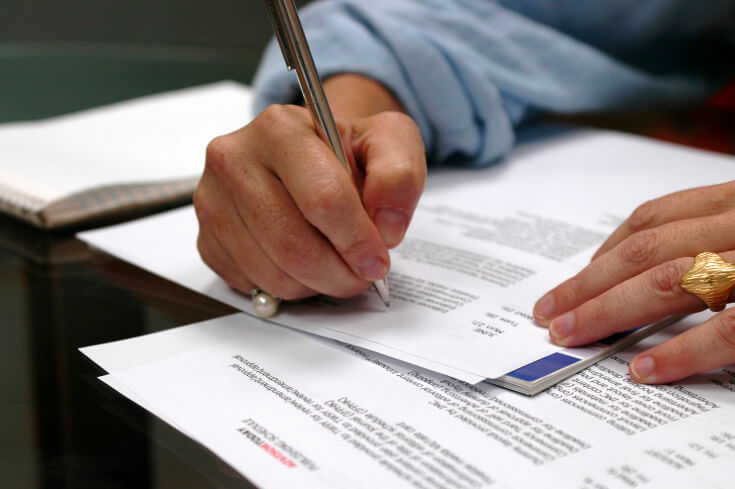 There are several different types of domestic contracts that can be made in Ontario, and they differ according to the point in the parties’ relationship at which they are made.   A contract made by two parties who plan to live together without being married is called a “cohabitation agreement”; a contract by future spouses who intend to marry is called a “pre-nuptial agreement”.   An agreement made at the point where married spouses decide to separate, usually in anticipation of divorce, is called a “separation agreement.”

Under the provisions of the Ontario Family Law Act (which govern the creation of all such domestic contracts), a pre-nuptial agreement can be entered into by “two persons who are married to each other or intend to marry”.  This article will focus only on this type of agreement.

Elements of a valid pre-nuptial agreement

The provisions of the Family Law Act set out the elements that are necessary for a legally-valid pre-nuptial agreement, and there are certain other general legal principles that apply to such contracts as well.    Specifically, the law stipulates that the following requirements must be met:

Provided these requirements are met, a pre-nuptial agreement will generally be valid and enforceable; courts have repeatedly upheld agreements that were freely negotiated and agreed to by spouses, no matter how unfair they may seem when the spouses’ circumstances later change.   Indeed, the Supreme Court of Canada in a 2004 decision called Hartshorne v. Hartshorne confirmed that – while courts always retain the right to set aside or overrule an agreement which is unconscionable – they should otherwise be reluctant to interfere with an agreement that the spouses have freely and willingly entered into.   A court should not substitute its own idea of what is “fair” in lieu of what the spouses themselves believed was fair at the time the agreement was reached.

The Family Law Act also governs the content of pre-nuptial agreements, by stipulating that spouses are entitled to “agree on their respective rights and obligations under the marriage or on separation.”   More particularly, the specific list of topics that can be covered is set out in the Act as follows:

Note that the Family Law Act does not allow spouses to enter into an agreement relating to the custody or access to the children; these determinations are governed by separate and specific laws focusing on the best interests of the children.

The need for a pre-nuptial agreement

Pre-nuptial agreements are always a good idea.    As with all contracts, they reduce to writing the agreement between future spouses, and can deal with the terms of any future separation or divorce that may occur.   Because such agreements are negotiated at a time when future spouses are “in a good mood” towards each other and have a positive outlook, they are more likely to represent a fair, but generously structured, unwinding of each party’s affairs in the event that the marriage later deteriorates.

Pre-nuptial agreements are particularly important where:

Naturally, for any future spouse the individual circumstances, financial status / goals, and estate-planning and other objectives are all interwoven, and require the creation of a pre-nuptial agreement that is tailored to the unique situation of both parties.   Feel free to contact our firm in order to discuss your situation and your objectives and to provide customized advice that will best accomplish your goals through the use of a pre-nuptial agreement.